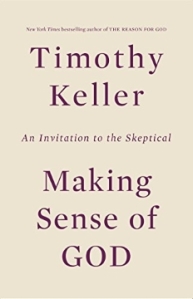 — Kenneth Richard Samples, from A World of Difference, kindle location 3170

Theistic arguments shouldn’t be considered in isolation from, but in combination with, one another. Bracketing the ontological argument (for a maximally great Being, whose nonexistence can’t be conceived), each successful theistic argument suggests various features about God:

Cosmological argument: A very powerful personal Cause of the contingent universe exists; the fact that the universe began to exist a finite time ago suggests a personal Agent who brought something from nothing.

Teleological argument: An intelligent designing—and thus personal-Agent exists, who intends certain ordered ends for creation. Though not every aspect of creation is orderly, such as the quantum world, order can incorporate and accommodate randomness.

Moral argument: A personal, intrinsically good Being exists-rather than a impersonal monistic “One” beyond all distinction and beyond good and evil.

Argument from consciousness: A supremely self-aware Being exists—rather than some abstract principle or force.

Argument from reason: A truthful, rational Being exists.

Argument from beauty: A beautiful and alluring Being exists.

Argument from religious experience: A transcendent, awe-inspiring Presence exists whom many persons have encountered, further reinforcing the weight of other theistic arguments.

Argument from miracles: An engaged, concerned personal Agent exists. If certain events—say, Jesus’ resurrection—are better explained within Israel’s religious context of divine activity rather than within a naturalistic one, we have reason for believing in the triune God. Although this is technically “special revelation,” we can still appeal to such miracles as publicly accessible and worthy of historical investigation.

Physicists and philosophers persuasively argue that the universe sprang into existence at the Big Bang. Either it all came from nothing, without a cause, or something outside the universe called it into being. Divine creation is surely more reasonable than chance origination because, as the ancients knew, “from nothing, nothing comes.” END_OF_DOCUMENT_TOKEN_TO_BE_REPLACED

… there are a number of arguments and pieces of evidence that make belief in God more reasonable than disbelief. Some of this evidence actually comes from science:

Belief in the God of Christian theism explains well the vast array of realities in human experience. These realities extend to the universe (its existence, order, and uniformity), abstract entities (numbers, propositions, and the laws of logic), ethical principles (universal and objective moral values), human beings (their existence, consciousness, and rationality), and religious phenomena (the miraculous events of Christianity). END_OF_DOCUMENT_TOKEN_TO_BE_REPLACED

One of Christian theism’s greatest strengths is the scope of its explanatory power. The historic Christian viewpoint accounts for the array of realities in nature and in human experience, including: END_OF_DOCUMENT_TOKEN_TO_BE_REPLACED 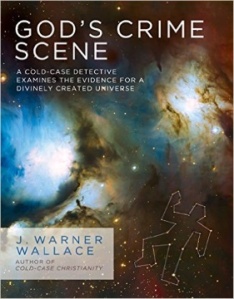 Scientists, historians, and detectives observe data and proceed thence to some theory about what best explains the occurrence of these data…. We find that the view that there is a God explains everything we observe, not just some narrow range of data. END_OF_DOCUMENT_TOKEN_TO_BE_REPLACED

Only the Judeo-Christian view of life conforms to reality, to the nature and character of the human condition as we actually experience it. Only the biblical view creates a sustainable and rational and truly liberating basis for human life. This becomes abundantly clear when we examine Christianity and naturalism from several perspectives: compatibility with the scientific evidence, human dignity, the ultimate meaning in life, our destiny, and service to others.

— Charles Colson and Nancy Pearcey, from How Now Shall We Live?, p. 130